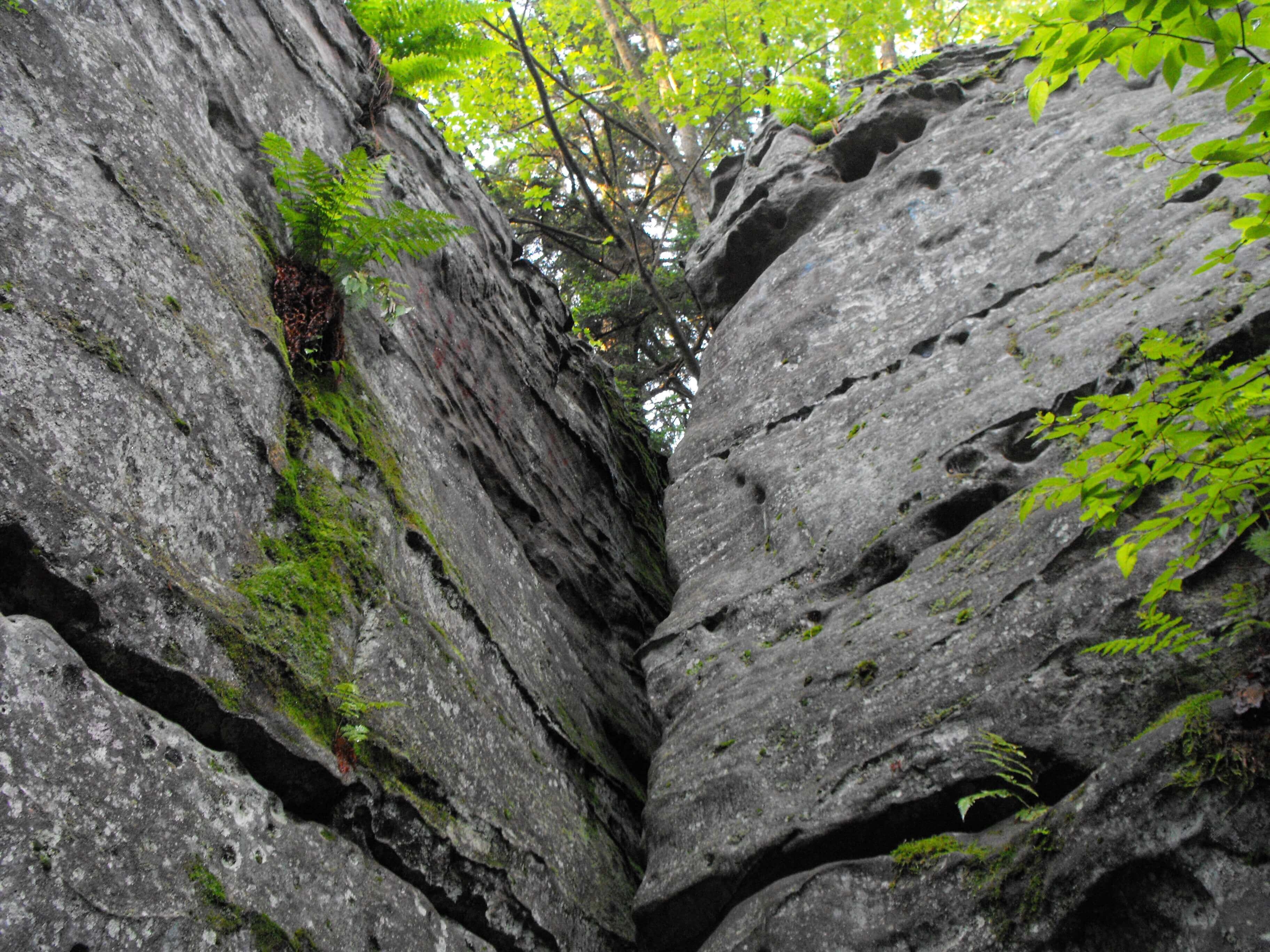 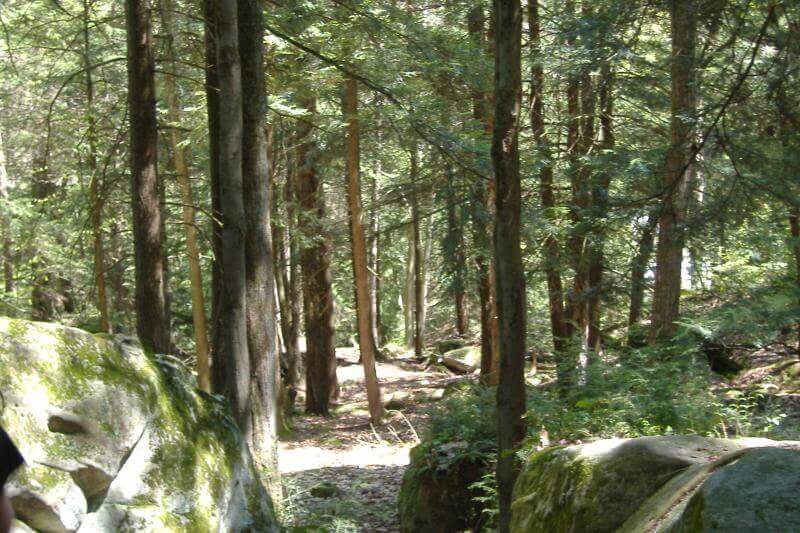 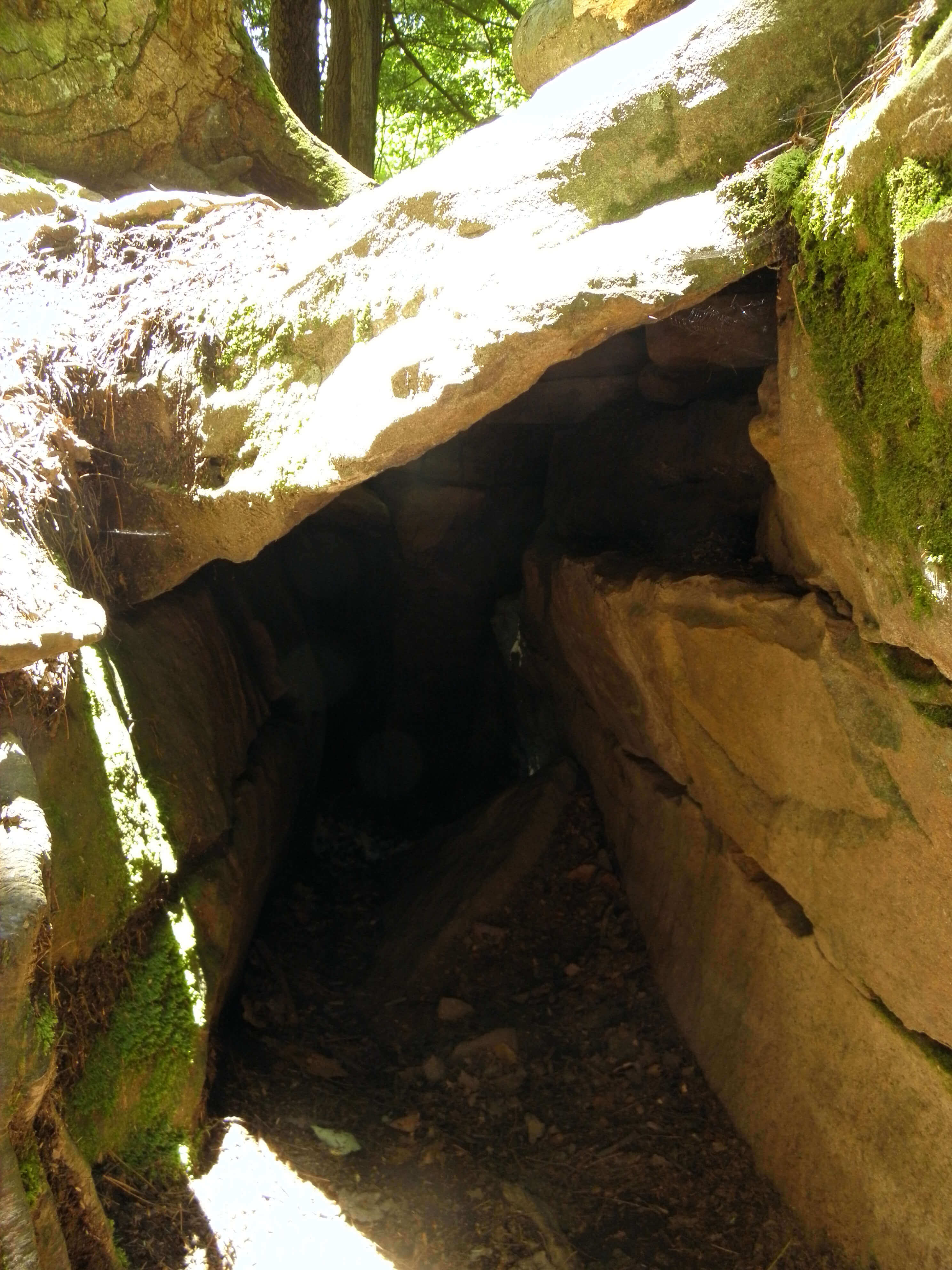 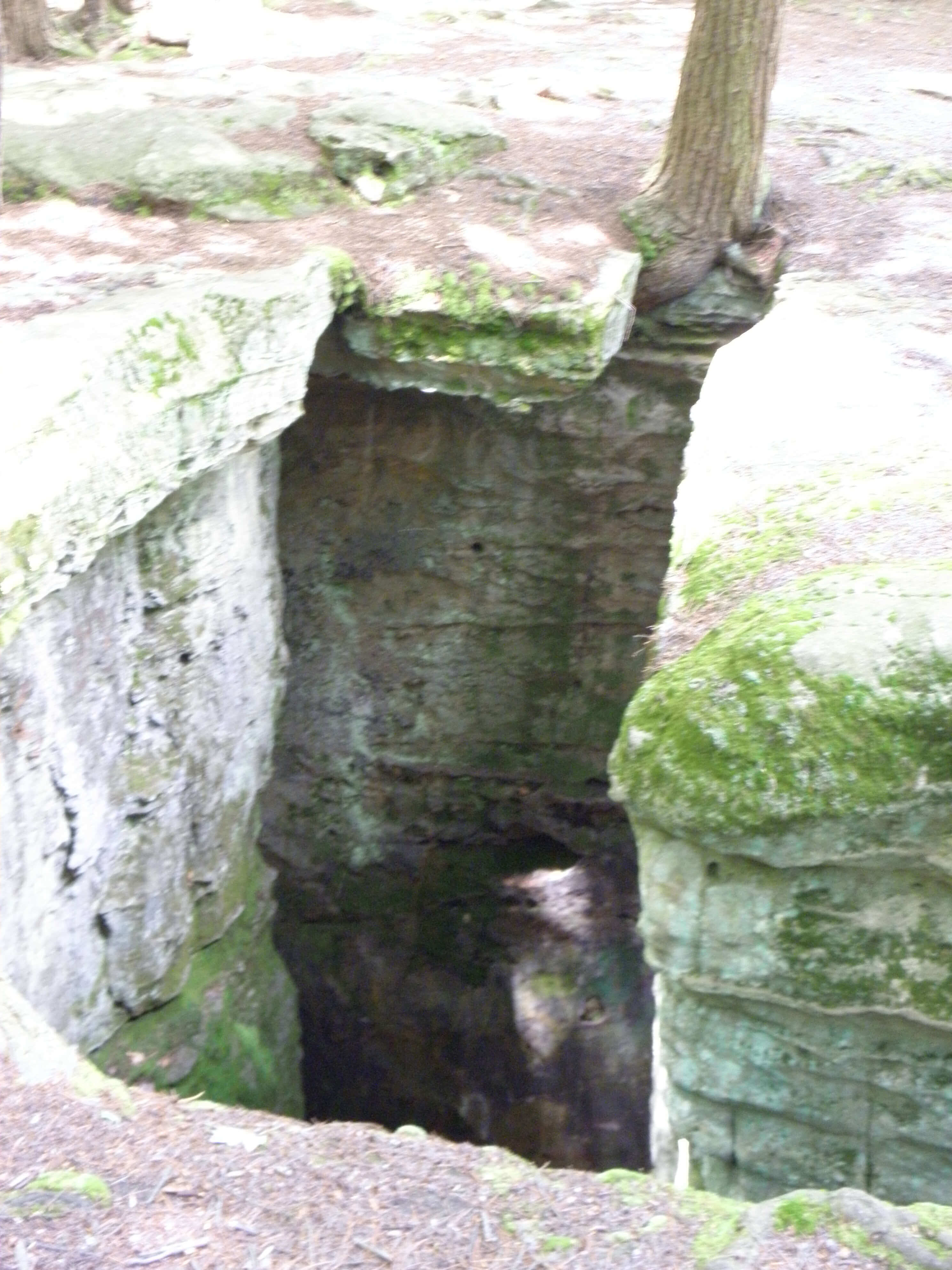 Bilger's Rocks is a park in Clearfield County, Pennsylvania, USA, near the town of Grampian in Bloom Township. The surrounding area is intricately laced with hills, mountains, and river valleys that generally follow the Appalachian mountain range in a northwest to southeast direction. The area of the park is located along the Allegheny section of the mountains, approximately 8 miles southwest of the highest point on Interstate 80 east of the Mississippi River.

The creation of the sandstone seen exposed at Bilger's Rocks was during the Carboniferous Period that lasted from 354 to 290 million years ago. The rocks exposed at Bilger's Rocks are the Homewood Formation of the Pottsville Group, dominantly sandstone of Pennsylvanian age. These rocks were once covered by softer rocks (i.e. limestone & shale) that have been eroded away. Near Bilger's Rocks the remaining sandstone bed measures over 50 feet (15 m) thick and is broken up over hundreds of yards. The Homewood sandstone has an age range of approximately 316-320 million years old, predating the breakup of the ancient "supercontinent" known as Pangaea.

The mountains and prominent cliffs along the Susquehanna River, from below Lumber City to below Curwensville, as well as up Anderson Creek and Hughey Run are part of the same massive mountain ranges that were formed when two separate continents collided during Pangea's formation. Below Bells Landing, outcrops of the Homewood strata can be seen throughout the valley of the West Branch of the Susquehanna River. The West Branch was known to Native Americans as Otsinachsin, "The Place By The Rocks."

The most striking feature about Bilger's Rocks are the various openings, crawlspaces, passageways, and arches found throughout the outcrop. These minute fissures and larger gaps are primarily caused by jointing within the rocks. Joints are caused by tectonic, or mountain-building forces that move and stress rocks, causing them to fracture. The resulting cracks provide an inlet for water, which slowly dissolves the rocks and allows space for ice crystals to freeze and thaw during the seasonal cycles, further pushing the rocks apart. Eventually, plants and trees also grow up through crevasses in the rocks and can exert considerable pressure as they grow, forcing even larger gaps to form. Gravity and erosion work together to slowly level the landscape by breaking the rock into ever smaller pieces and transporting it away. The steady continental movement combined with relentless erosion and weathering over hundreds of millions of years has left the continually evolving "Rock City" that we can observe today.