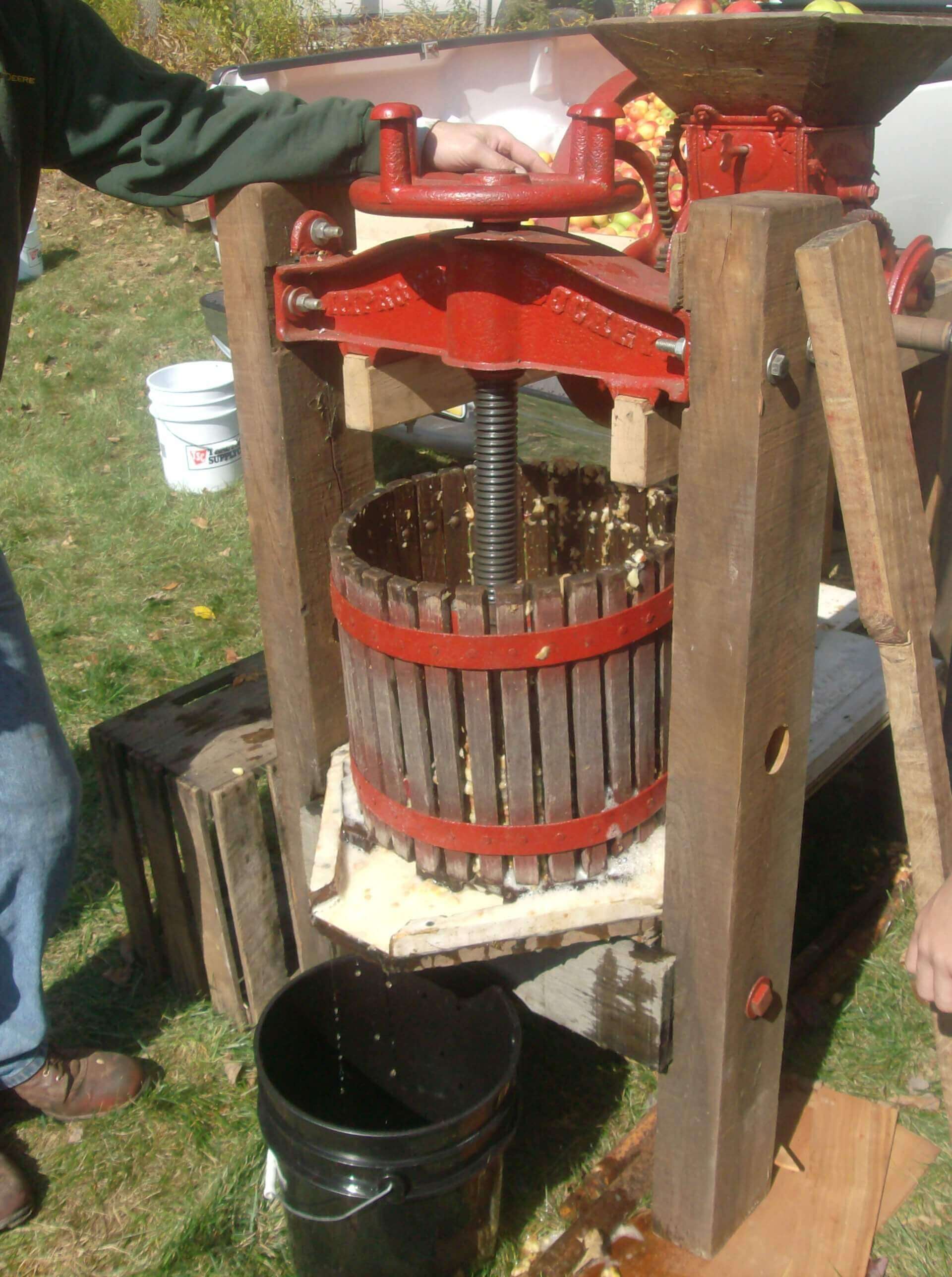 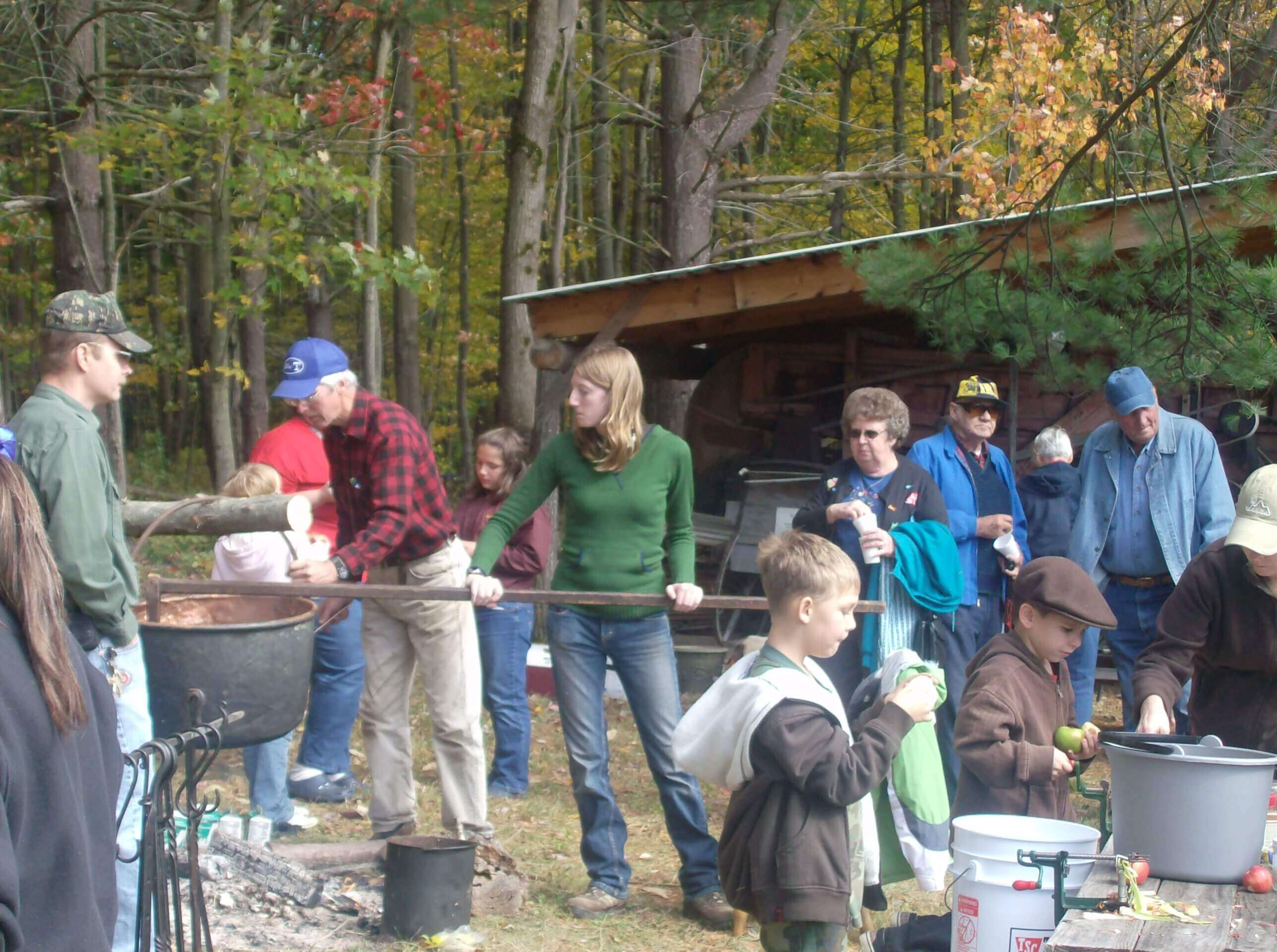 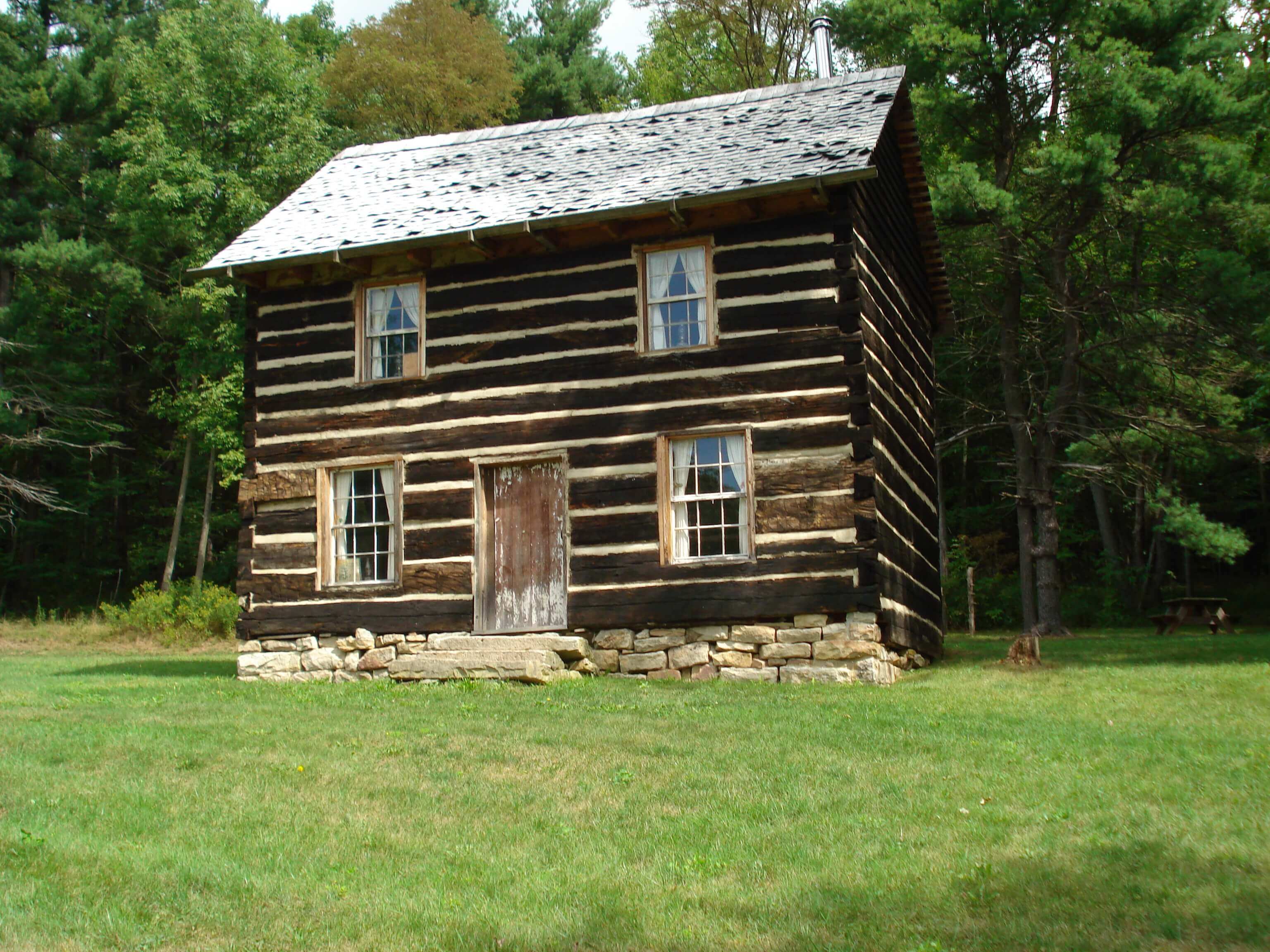 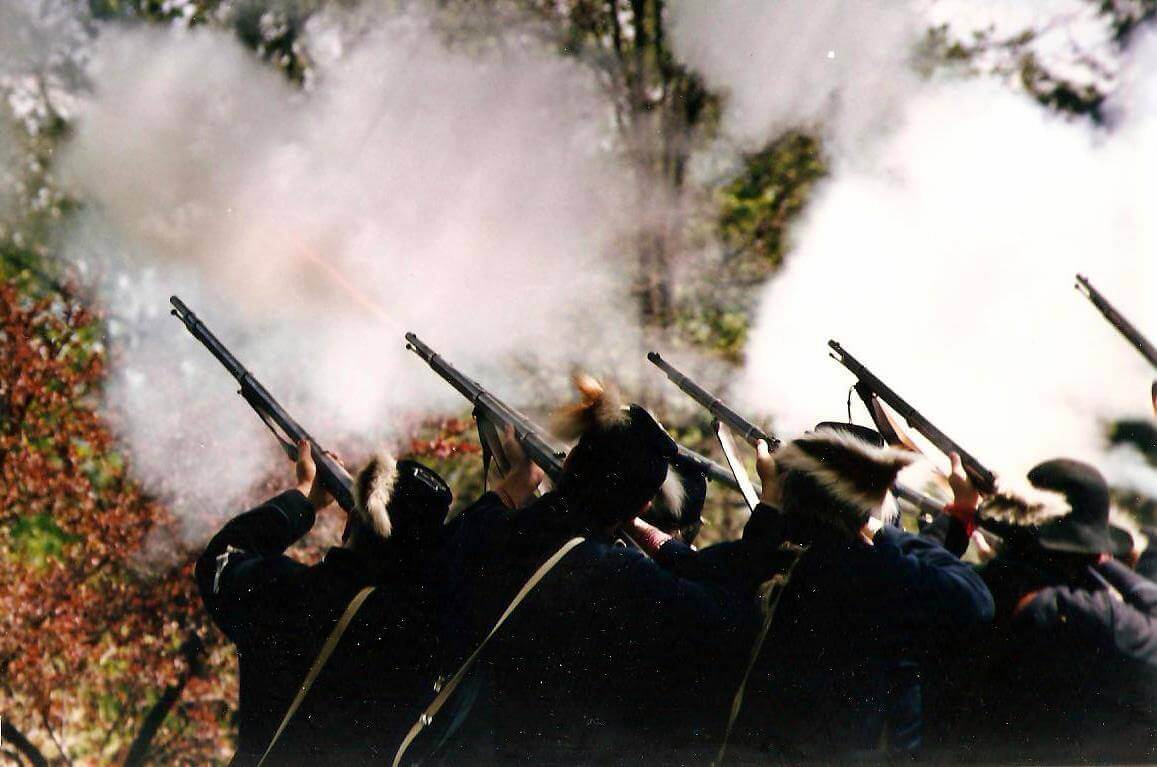 CIVIL WAR RESISTANCE - The county draft roll of August 1864 had over 600 names, and only 150 men answered the call. In June 1863 assistant marshal David Cathcart was shot in Knox Township by draft dodgers working as loggers. Homes were set on fire in Graham Township by draft dodgers while deserters were looting throughout the county. Copperheads liberated arrested deserters in Troutville, and secret societies were formed to resist the draft and gather slaves. In October 1864, recruitment officer Col. Cyrus Butler was killed in Lawrence Township by draft deserter Joseph Lounsberry. Afterwards, the government sent troops to the county.

CABIN - Tom Adams built his log cabin in Kellytown, Knox Township in 1861. He lived here with his wife, son and daughter. Adams enlisted in 1862 and deserted from the 149th "Bucktails in 1863. A party was being held by known deserters in the cabin in December 1864. Soldiers were tipped off and marched to Kellytown to make arrests. After Adams was killed, the cabin was occupied by the Barnett family.

BLOODY KNOX - Capt. Southworth marched troops from Philipsburg to Knox Township. On the night of December 13, 1864, Co. C 16th VRC (Veterans Reserve Corp) of the Union Army surrounded Tom Adams's log cabin in Kellytown and requested the surrender of deserters and draft dodgers. Deserter Tom Adams fired and killed federal soldier Edgar L. Reed of New Hampshire. Shots were fired killing deserter Adams in the yard. Adams is buried in St. Aloysius Cemetery. Reed is buried in the Union Cemetery, Philipsburg. Eighteen men were arrested that night at the log cabin in Kellytown, and within a month 150 more were incarcerated. Only New York City had more civil violence than Clearfield County during the war, which ended four months later.

Something to learn and do for all ages! The first 50 children will get a free pumpkin to decorate and take home.

Enjoy samples of our cider, both regular and apple butter and sauerkraut. Try the home-made doughnuts and coffee prepared over a bonfire, while taking a tour of the property and cabin of Bloody Knox. History booklets of Bloody Knox Civil War event, as well as maple syrup and apple cider are available for purchase. Info call CCHS (814) 765-6125